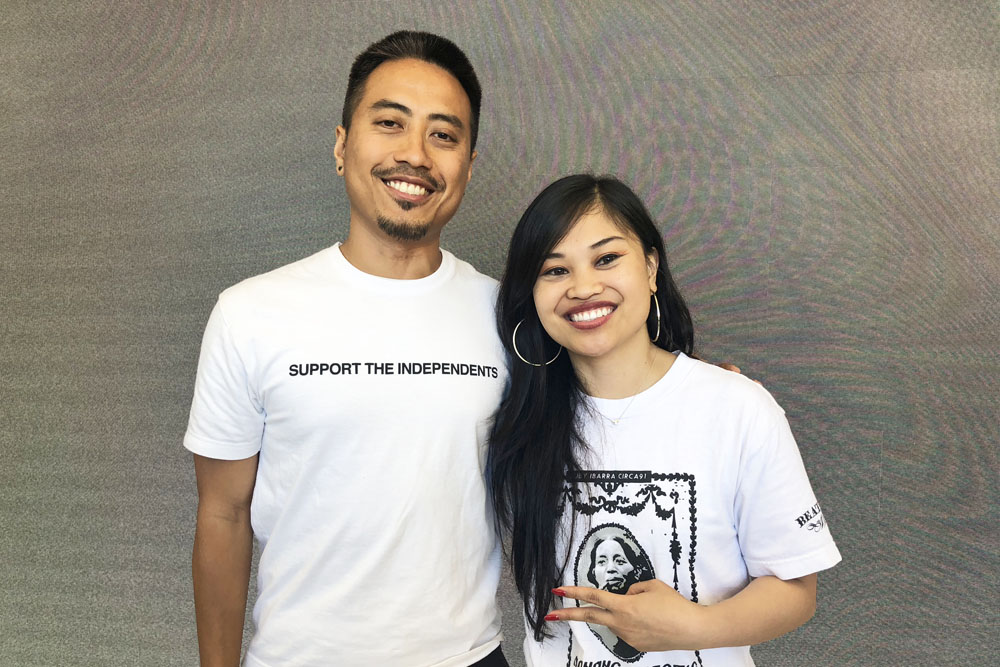 A Supporter of Independent Music

First things first, I am not a musician. I have no musical ability or talent. But I am a fan and a huge supporter of independent music since the early 2000s. Before music marketing, I spent 4 years working with over 40 different small businesses to handle their online marketing needs. D4 Music Marketing came about from combining my love for independent music and my expertise in online marketing to help musicians excel on the independent route. Music has saved my life and gotten me through rough times in life so that’s why I decided to make that transition, even though I knew nothing about the music industry at the time.

By emphasizing a strong online foundation and knowledge of the music business, I want artists to feel confident and empowered about their potential to grow a fan base, lose the need for a day job and sustain a career in music.

As you know, it’s not easy to make in the music industry, let alone as an independent. But as my blog as a guide, I want to provide you the best chance to make a living off your passion. At its core, being an artist is not about selling songs or albums, it’s about building relationships through emotional, personal connections with your fan base. You have a story and message to tell and you want your fans to be a part of it. I want to help you make a positive impact by creating the soundtrack for the different moments in their lives.

I’ve been fortunate enough to surround myself with musicians and understand the struggles of an independent artist. The content I create through this blog is from my experiences and observations working with musicians directly. Since starting in 2016, I’ve had a hand in almost every aspect of a music career, except the making of music itself. This includes booking, performance contracts, planning music releases, producing social media content, tour management, photography, videography and online marketing. As I continue to get more acclimated in this industry, I want to share my experiences, useful insights and strategies to help you succeed.

Looking back, I use to be that guy who was all about the mainstream hip hop and R&B. Anything that wasn’t on the radio or on TV, it was not “good” enough. Anything lyrical was too complicated. I just wanted some good, catchy beats that everyone else was listening to. It was about fitting in.

Once I got into college, my views and tastes for music changed as I searched for an identity in this new environment. The song that got me into the underground scene in 2001 was Zion I’s Silly Puddy. Then, this path led me to Binary Star. Shortly after, the new friends I made put me on to Living Legends, Atmosphere and Hieroglyphics.

As I started to delve deeper into the underground, I started to question the state of music. I asked myself, why are all these great artists not more well known? Were they not talented enough for mainstream success? This scene became my identity, which motivated me to expose it to other friends.

As someone who never had a creative outlet, my first attempt at promoting independent music and artists was creating blends or mashups using underground hip hop beats with mainstream artist vocals. My theory was if people heard familiar artist vocals over underground beats, it may warm them up to independent music. In 2004, I started doing this as a hobby and managed to make over 100 songs that I packaged together in 8 volumes over a span of 7 years. This was all done on my computer with DJ software called Traktor. (I can’t DJ either)

The mixes were nothing extraordinary, but it was a fun past time for me to creatively experiment with music. There were a decent amount of people who enjoyed them, but it just never picked up on Youtube as I would have hoped. My Youtube channel was actually deleted earlier in 2016 for too many copyright infringement strikes.

Years later after I stopped, I ended up working at a startup marketing agency doing social media. From there, I set myself on a path to learn and study everything about online marketing with the goal of helping small businesses.

Now with a new focus in music, I’m armed with the skills and knowledge to finish what I started. D4 Music Marketing is my second attempt at helping independent artists get more promotion and exposure from a different angle.

Even though I work on the business of music, this limited experience of putting out my own mashups gives me some insight and empathy of what its like to put out your own creations for the world to hear.

View My Collection of Blends

What I hope to accomplish through D4 Music Marketing?

Although I don’t discriminate the type of artists I want to help through this site, my ultimate goal is to attract and collaborate with artists who share similar values, beliefs and worldviews. Not all independent artists will share my perspective and that’s okay. This resource is for anyone that finds use out of it regardless of the type of music you do.

My end game is to influence some form of systemic change that promotes environmental and societal sustainability, social equality and benefit to all life on this planet. I’m a big advocate for positive change, not just as a society but more importantly, on an individual level as well. I feel that music and video are powerful mediums that can be leveraged to accomplish this, which is why I chose to focus on music specifically. We are living in delicate socio-economic conditions that require drastic change for our survival on this planet.

On a personal level, independent music played a major role in my own personal development and shaping my current worldview and belief system. It’s what led me to question the status quo, become aware of our societal indoctrinations and think critically. It is only until we can shed the false perceptions of ourselves we create from our insecurities and realize the beauty and potential we have within us that we can start to positively influence others around us.

For me, focusing on independent music artists is a “means to an end” of the change I want to see in the world.

Through this site, I hope to build a network of artists and musicians who promote positivity, raise awareness of injustices and influence social change. One day I hope to somehow bridge the gap between indie music artists and nonprofits as a way of making real social and environmental impact. The first cause I want to tackle is homelessness.

Lastly, as someone who’s interested in health optimization and biohacking, I aspire to be a health coach for artists so they can live to create art and social impact for as long as possible.

SOME OF MY FAVORITE INDIE ARTISTS

Although I listen to other genres of music as well, underground / independent hip hop has always been a core part of who I am and what I’ve supported the most.