A Resource for Independent Artists
0

Going Viral: Did Lil Nas X Hack the Secret Code to Virality? The 6 Keys to His Success

It seems like every year, there’s a story of some young artist who blows up because of a song going viral. This year, it is the college dropout, turned rapper Lil Nas X (Montero Lamar Hill), who took over the world with a country trap song called “Old Town Road” at the age of 19.

As of this writing, the remix of the song has been streamed 400+ million times on Spotify alone, and has stayed on Billboard’s Top 100 for 17 weeks straight. This officially beats the Billboard record for the longest a song has been at number 1.

The Atlanta artist ended up signing a record deal with Columbia records and has released an EP so far through the label. He has become a music star, posting photos on his Instagram hanging out with the biggest names in music and culture.

He also claimed to have intentionally created “Old Town Road” so that it would go viral. Did this rapper, who only started rapping since May 2018, in fact figure out the secret to going viral? END_OF_DOCUMENT_TOKEN_TO_BE_REPLACED

Going Viral: 6 Important Lessons Artists can Learn from the Rise of Hobo Johnson

With all the events that have recently transpired for this young artist, the name of his latest album, “The Rise of Hobo Johnson,” couldn’t be more appropriate.

In the last 3 months, Hobo Johnson has:

In the world of virality and mainstream artists, this is relatively impressive. But to the average independent artist, this is an astronomical feat for a 20 something year old kid from Sacramento.

How did he do it? END_OF_DOCUMENT_TOKEN_TO_BE_REPLACED

“Compelling content hinges on one key detail: its sharability. It’s not enough to have a Facebook page or tweet every once in a while. Facebook and Twitter are technologies, not strategies in and of themselves. You have to understand why people share some things rather than others in order to use social media to your advantage.” – Jonah Berger

Have you ever wondered why certain artists or songs go viral and achieve a cult-like following? What separates them from the millions of other songs and video uploads flooding the internet? Just imagine what the dramatic increase in exposure could do for your music career.

If you’ve ever questioned why certain content spreads faster than others, this blog will offer insights to answer the questions of why we love to share and how to get more people to talk about your music. END_OF_DOCUMENT_TOKEN_TO_BE_REPLACED 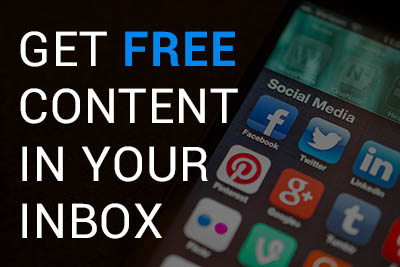 Be the first to get all my new blog and video content so you can stay ahead of the game.

D4 Music Marketing is an online marketing resource for DIY musicians who want to maximize their ability to make a living off music and change the lives of people along the way. The aim of this blog is to help you stay on top of the best practices, insights and strategies to increase music exposure and attract life-long fans.

By emphasizing the importance a strong foundation, you will be better equipped to navigate the ever-changing online landscape with a clearer focus and direction towards independent success.

Their ads got me. 😅 I saw @lupefiasco was gonna

RIP @alleewillis. I had this boomerang on my phone

Homies night out last night to see @aliwong in SF.